The Protected vs the Unprotected: the new Reformation 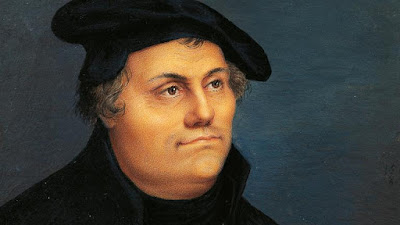 Today the Mail on Sunday has it right, but only up to a point:

‘The final hard shape of the referendum battle now starts to emerge out of the mist. Two great issues dominate – the future of the economy, and the question of immigration.’

‘On the economy, it would be hard to deny that the Remain camp have struck the shrewdest blows and have assembled the most formidable collection of arguments and supporters.’

‘The Brexiteers may complain about outsiders telling us what to do – and this is a problem for the supporters of the EU.’

‘But the fact remains that when Barack Obama, Mark Carney and Christine Lagarde all advise against a UK departure, the combined weight of their counsel is huge.’

It is at this point the Mail goes wrong.

‘Rather than moan about their intervention,’ says the Mail, ‘the Exit camp need to find supporters of comparable quality, and they need to do so quickly.’

If the Mail really understood what is going on, they’d know there can be no equivalent to Obama, Carney and Lagarde on the Brexit side. It is like demanding of Martin Luther in 1517 that he come up with ‘supporters of comparable quality’ in his fight against Rome.

In other words, if you think this referendum battle is between two sides who are mirror images of each other, you don’t understand the fight.

This fight is between the protected – the leaders of which are precisely such people as Obama, Carney and Lagarde – and the unprotected.

I take that divide from what Peggy Noonan, now a Wall Street Journal columnist but more famous as President Reagan’s brilliant speech writer.

In a column last February, she identified the divide today – the divide in American politics and in the politics of the EU – as between the protected and the unprotected.

Noonan wrote: ‘I keep thinking of how Donald Trump got to be the very likely Republican nominee. There are many answers and reasons, but my thoughts keep revolving around the idea of protection. It is a theme that has been something of a preoccupation in this space over the years, but I think I am seeing it now grow into an overall political dynamic throughout the West.’

‘I want to call them the elite to load the rhetorical dice, but let’s stick with the protected.’

‘They are figures in government, politics and media. They live in nice neighbourhoods, safe ones. Their families function, their kids go to good schools, they’ve got some money. All of these things tend to isolate them, or provide buffers. Some of them—in Washington it is important officials in the executive branch or on the Hill; in Brussels, significant figures in the European Union—literally have their own security details.’

‘Because they are protected they feel they can do pretty much anything, impose any reality. They’re insulated from many of the effects of their own decisions.’

Keep in mind what Noonan says and then go back to that list for whom the Mail thinks the Leave campaign should find supporters of ‘comparable quality.’ They are the leaders of the global protected class.

They want the UK to say in the EU.

The ‘unprotected’ want out.

Or hope a strong voice will emerge to speak for them.

The tragedy is that no such voice has emerged. The unprotected are left with little more than the buffoonish Boris Johnson.