Cameron is a weasel: the only surprise is that Leave is surprised 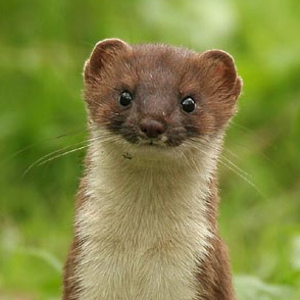 Another day wasted, with the Leave campaign yet again failing to make any case for Brexit which could convince undecided voters.

The Vote Leave campaign has accused Cameron of being ‘knee deep in a conspiracy’ to keep Britain in the EU, after letters emerged indicating the Prime Minister discussed the role FTSE 100 companies could play in the Remain campaign.

These letters were exchanged before Cameron had even completed his renegotiation deal with European leaders. Yet at that time the Prime Minister was still claiming he ‘ruled nothing out,’ leading eurosceptic MPs and others to believe he might be willing to support a campaign to leave if he won few concessions from Brussels in his negotiations.

This is all ‘unfair,’ the Leave campaign says.

Indeed, Nigel Farage said today that Cameron’s whole campaign has been so unfair that he wants a second referendum if the result is only a slim majority in favour of Remain.

This kind of complaint is worse than useless, it is embarrassing.

Anyone over the age of six who squeals, ‘He’s not playing fair!’ is absurd.

Of course Cameron is not playing fair. Of course he has been involved in secret dealings with big business. He is a politician who intends to win, and he has form for exactly this kind of behaviour.

I therefore have no time for Tories such as the MP Jacob Rees-Mogg who is reported today to be ‘furious’ over Cameron’s secret FTSE dealings.

Rees-Mogg told the Bruges Group in London that Cameron’s secret Remain dealings with the big corporations while he still worked to make people believe he might support Britain leaving the EU was ‘a scandal of the highest order.’ He said it appeared Parliament had been misled by Cameron.

Yet Rees-Mogg is a member of a party that was happy to go on backing Cameron even after he betrayed his ‘cast-iron guarantee’ to give the British people a referendum on the Lisbon Treaty.

That betrayal was in 2009. Cameron was a weasel then; he is a weasel now. It is no good for Leave campaigners such as Rees-Mogg to act as if they have only just realised it.

If the slippery manoeuvre in 2009 wasn’t enough, any politician of any experience would have recognised a weasel manoeuvre in Cameron’s refusal to talk straight and say he might back Leave if he failed in his negotiations.

Instead of straight talk, all the Prime Minister would say was ‘I rule nothing out.’ It is especially amazing that Rees-Mogg, a well-educated Roman Catholic, didn’t identify that Cameron phrase as pure Jesuit.

The Leave campaign needs to stop whining that the campaign is ‘unfair,’ because of course it is.

However, Cameron is winning this referendum not because he is slippery, he is winning it because the official Leave campaign has described no clear, safe path out of the EU for the voters.

In other words, Cameron is not winning this campaign. The Leave campaign is losing it by being unthinking, uninformed, and unorganised.
Posted by M.E. Synon at 07:45