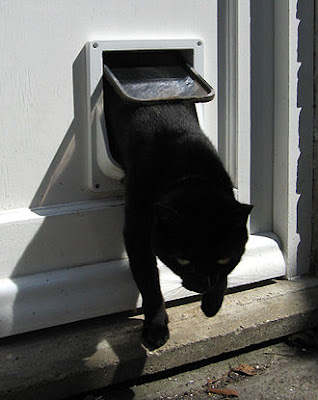 I nominate the chairman of our Brexit negotiations. If we ever have Brexit..... 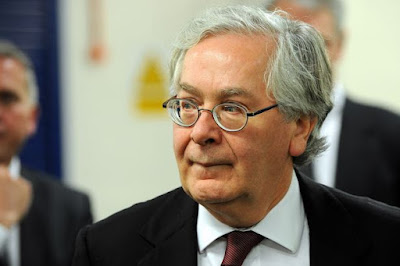 Mervyn King, former governor of the Bank of England, was interviewed today on Radio 4’s the World at One. It was the most soothing thing I’ve heard in this whole referendum dust up.

King said fears on Brexit have been ‘overdone.’ The Remain camp treated voters ‘like idiots.’

As for the effects of Brexit, he said: ‘The countries that may well suffer more are not the UK but the rest of the European Union. Because what this will do is to re-enforce the impetus behind political parties in Europe who would like to get out of the euro area.’

‘What this will do I think more than anything else  is to create serious doubt about whether the euro area is a likely successful long term project. That’s the thing that is going to damage economies on the Continent.’

In its present form the euro ‘clearly is unsustainable.’

He started by saying the statement by the Chancellor this morning, like the measured statement of the Prime Minister last Friday, were in contrast ‘with the slightly hysterical tone of some of the arguments that were put forward during the campaign.’

People ‘didn’t want to be treated like fools. They could have listened to a rational argument. And there’s no doubt that leaving creates uncertainties. That was a powerful argument, but it didn’t help to exaggerate that argument by turning what were inevitably very speculative arguments into facts, £4,300 is the amount by which every household will be worse off…’

Are we heading for a recession? ‘We may, we may not.’

The markets today—truth in Project Fear? ‘No I think Project Fear went over the top. Sterling today, even after the fall, is roughly at the same level as it was in the middle of 2013 at a level the Bank of England and the Treasury then thought was necessary for the UK economy to rebalance … Sterling could not be at the levels it reached on Thursday night at midnight when people were speculating on the result, and hope to rebalance the UK economy. Some fall in sterling was inevitable.’

‘We don't yet know where they will find their level and the whole aspect of volatility is that there is a trial and error process going on before markets discover what the right level of stock markets and exchange rates actually are.’

‘What we need is a bit of calm now, there's no reason for any of us to panic.’

King said ‘in 25 years' time we'll look back and say a little bit, that at least in economic terms, maybe that was a bit of a fuss about nothing.'

‘The long term effects may be much smaller than either side claimed.’

King stayed right out of the arguments while the referendum campaign was underway. That, and his sensible tone now, could make him the right man to be chairman of the Brexit negotiations.
Posted by M.E. Synon at 07:06 7 comments:

Coup? Johnson, Cummings and Hannan, 'the Cat, the Rat and Lovel our Dog' 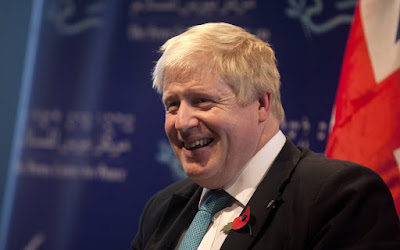 A comment from Anglichan on my previous blog post asks: ‘I wonder now who is actually going to lead us out. Is Boris Johnson the only viable choice?’

For the moment, Boris Johnson looks like the inevitable next prime minister. But that does not mean he will lead us out of the EU. You have to remember who is coming in his wake: Dominic Cummings, the campaign director of Vote Leave, and a man not known for either accuracy or good manners. Or for any gut-level desire for Britain to leave the EU. He is just a kind of technocrat.
For a taste of Cummings, here is how the Spectator wrote about his appearance before the Commons treasury committee last April.

Now the reason – or rather, one of several reasons – his closeness to Johnson is a cause to worry is that his original strategy was to run the referendum with this sales pitch to the voters: it is safe to vote Leave because Brussels will then come back with a better offer on membership, and we could have a second referendum on the better offer.

I myself heard Cummings lay out this plan, so it’s no rumour. Yes, he really was planning a campaign that would ask the voters to vote Leave, on the guarantee that they wouldn’t actually leave.

I did point out that Ireland had run EU referendums twice, and let’s just say it didn’t work out so well for them. Cummings – and to be fair, the other three people at the meeting, all English – brushed this warning aside with a superior ‘This is not Ireland.’

Which, given that the banking crisis was, and is, still pretty fresh in my memory, all I could do was think of two phrases in response to that: ‘Too big to fail’ and ‘This time it’s different.’

Luckily, somebody talked Cummings down from that ledge and the two-referendums strategy was not part of the Leave campaign.

It does however illustrate how far from the reality of the EU Cummings can drift. He is therefore just the sort that could embrace the idea of ‘associate membership’ which Dan Hannan, another Tory Leave ‘winner’, was yet again suggesting on Radio 4 today. (See my previous blog on Hannan’s first go at mentioning it yesterday. Once is a comment, two is a plan.)

Also, let me include this, nothing I want to be held to, but an idea. Another plan being put about is that the new leader of the Conservative party must call an election, then during the general election campaign present his plan for Brexit. This is so he has ‘a mandate’ for the relationship he wants the UK to establish with the EU.

This of course introduces the danger of the ‘associate membership’ emerging from a Boris Johnson Number 10 as the plan.

But more, think of this.

Everyone assumes that a Conservative party led by Johnson (or, indeed, led by almost anyone) would win the election, and then carry on with a Commons majority. That is because Jeremy Corbyn is leader of the Labour party, and he is the most easily beaten Labour leader anyone could image.

What if Labour get a lot more clever than one suspects, and manage to parachute a far more attractive party leader in before the election? If a Labour leader were able to form a coalition government with the SNP and other anti-Brexit MPs, he could overturn the  referendum result  – and I am the first to admit that the Constitution would allow the Commons to do just that.

Political dynamite, yes, but possible. Therefore, a general election would be a very dangerous undertaking.

And while you are ruminating on that doom-ish possibility, here is a small glimmer of light. Or at least, a glimmer of humour, since one has to ask how it is the Economist has come so late to the party.

Here is what they have written in response to the Leave vote, on what the new prime minister should do now: ‘We believe that he or she should opt for a Norwegian-style deal that gives full access to the world’s biggest single market, but maintains the principle of the free movement of people.’