How Cameron and the Commons will overturn a Leave vote 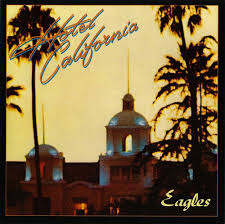 One is an accident, two is a trend: moves are being made to ensure the UK stays tied to the EU even if a majority vote Leave in the referendum.

First move is noted in the latest analysis today from veteran commentator Brian Reading. I do mean seriously veteran, he was an advisor to Edward Heath.

Today Reading writes for the OMFIF – the Official Monetary and Financial Institutions Forum: ‘Leave does not guarantee leave’ (Sorry, there is no link.)

Reading calculates the vast difference between support for Remain in the Commons and in the Country. He concludes (my emphasis): ‘In the event of a pro-Brexit vote on 23 June, Cameron’s game plan must be, on the plausible assumption that his prime ministership survives, to pay lip-service to the result and start negotiating divorce terms without seeking parliamentary approval for a UK departure.’

‘To do otherwise would split the Tories and lose the parliamentary vote.


Negotiations could take two years or more. They would probably be onerous. The 2016 referendum result would be deemed invalid because the public did not and could not know the consequences.’

‘Another referendum would be called.’

Second move is noted in today’s Daily Mail, with a story headlined ‘Pro-EU MPs plot guerrilla war to BLOCK Brexit from rules on immigration and trade even if voters decide to quit the EU.'

‘Pro-EU MPs are plotting a rear guard action to keep Britain in the single market even if voters back Brexit on June 23, it was claimed today.’

‘Whatever the result in 16 days time, the Commons will still have a huge majority of MPs who campaigned to keep Britain in the EU - around 454 to 147.’

‘Some of them are plotting to claim that because Vote Leave has not spelt out an alternative deal for Britain's access to the single market there is no mandate for a change.’

‘They would use this to justify voting against changes to the law necessary to complete a British exit from the EU and the single market.’

Now, on first reading, you might think this plot would be an accidental backwards flip into the excellent EEA option.

The problem is that you need only see which MPs are planning to ignore the referendum result to see nothing so decent would come out of it.

Example: Labour MP Stephen Kinnock, a man whose family has been made millionaires on the EU gravy train. He says: 'If the British people voted to leave the EU that's one thing. But can we really say that they voted for the devastation and destruction of the entire exporting sector of our economy?

'I don't think you can necessarily say that there's a democratic mandate for that.'

Welcome, a little late, to the plot to ignore a Leave vote. I warned about this in 2013. In a speech to the Bruges Group, I said:

It is naive for any of you to think that if you get a vote to leave the EU in a referendum, then that is the battle won. It is not. It is just the end of the phony war. What I am here to tell you today is that what was done to the Irish after they voted No to the Lisbon Treaty in 2008 will be done to the British as well.

First, of course, to overturn a referendum result, there must be in place a national government willing to collaborate with the Brussels elite.

David Cameron has in every way made it clear to the EU elite that he is willing to collaborate with them to over-turn an Out vote in a referendum.

I mean he has done that quite openly. As some of you will recall, the prime minister admitted in an interview with the Spanish newspaper El Pais last April that he would not take Britain out of the EU just because a referendum result was a vote to get Out.

I’ll remind you of the exchange. The reporter from El Pais asked Cameron, if in case of a victory in the referendum for the out vote: ‘Would you be willing to leave the Union?’

Cameron’s reply was: ‘I would not.’

The interview was circulated at the European Commission. The interview was further confirmation to the eurocrats that the British prime minister is indeed one of them, and does not intend to take Britain out of the EU, no matter what result any referendum might give.

Here, according to the technique already proved successful after the Irish referenda, is what will happen after a referendum under a Cameron government delivers an Out vote.

Cameron will say the people have spoken, and now his government will respect them, will listen to them, will ‘understand’ the referendum result.

Yet even if you achieved a margin such as that with an Out vote, I’d say your prime minister, following the EU-Irish pattern, will announce he must consider what the vote ‘really means.’

And you can stand outside Downing Street all you want and scream, ‘What it means is that we want out of the EU!’ but a Cameron government will say only that they understand your ‘emotion.’ They will patronise you and then tell you that you think you mean it, but you don’t really.

Meanwhile, a statement will come from the president of the European Commission saying the commission respects the democratic decision of the British people. And meanwhile the UK Perm Rep to the EU will be around at the commission explaining just how Downing Street and the Foreign Office will get the colleagues – because they are all colleagues in Brussels -- out of this one.

Then after careful consideration – or mature reflection, as an Irish politician once put it -- Cameron will say he now understands what the people were saying by voting out: he will say they are angry that the EU has not been reformed: because even if you vote Out, a Cameron government will not let you out.

After a vote to come out, Cameron will say he is confident the British don’t really understand what leaving the EU would do to them.

If you are Irish, you know the rest. He will then wonder aloud if it wasn’t ‘really’ a protest vote, because – and here comes the cliché – referendum votes are rarely really about the question on the ballot paper.

The Irish government – quislings is the least one can call them -- refused to accept that the people voted No because they understood exactly what the treaty contained. [The Dublin government rigged an opinion poll to demonstrate that at least one-third of the electorate had no idea what they were voting for.]

While this fraud, this collaboration between the quislings in Dublin and the elite in Brussels continued, the people, the voters, stood by, powerless. As will you.

The British people can expect the same kind of fraud if they succeed in voting to leave the EU. They will be patronized, and frightened, by government and EU insistence that they did not know what they were doing. They will be told in effect that the British voters are too dense, too uneducated about the EU, too confused, too much under the influence of what the EU denounces as ‘dangerous nationalism,’ to understand the implications of their own vote.

Cameron will announce it is his duty to protect you from yourselves. He will say he ‘understands’ your No vote, understands what it ‘really’ means. The EU institutions will make assurances about this being a matter for the British alone. Then the Cameron government will identify – stand by for a taxpayer funded opinion poll, just like the Irish poll -- two or three allegedly key issues as the reasons Britain voted to get out.

Brussels will reply with some statement which Cameron will accept as an assurance that these worries on these two or three key issues can be ‘addressed.’

‘Addressed’ being of course a word of no particular meaning.

Then it will be back to EU business as usual, Britain will still be in the EU, will still be strapped to this ever closer union, with no hope of another referendum, not in the lifetime of any referendum voter over the age of 30.

Remember, Cameron has already admitted that even if the people vote out, he would not be willing to take Britain out of the EU.

And no referendum result can force him to.

A referendum cannot override a Commons vote. To have a referendum vote ignored, all that is necessary is for Labour opposition, the LibDems or what’s left of them, and the euro-loving wing of the Tories to vote with the Quisling Cameron to overturn the referendum vote.

And there will be nothing any of you voters, and any of the MPs who want out of the EU, will be able to do about it.
Posted by M.E. Synon at 01:57